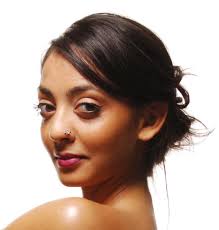 Born in London, Seeta began training under the guidance of Kiran Ratna in 1990 and has since worked with a range of Bharatanatyam and contemporary dance professionals. She furthered her studies in Bharatanatyam under the guidance of Mavin Khoo, Padma Shri Adyar K Lakshman, Meena Raman and Pushkala Gopal. She has also worked with Professor C.V. Chandrashekar and Liz Lea.

She was awarded the Lisa Ullmann Travel Scholarship to study in India (2005) and at the New York Film Academy (2013).

Seeta presented her London debut as a classical soloist to a sold out audience at The Clore Upstairs, Royal Opera House, June 2009. The performance (Shringara: Journey of Desire) was extremely well received, and Seeta completed a successful UK tour with live musical accompaniment including lead vocals by Pushkala Gopal in 2010/11.

Over the past 12 years, Seeta has received numerous awards and bursaries for her creative and professional development.

More recently Seeta has branched out into the field of dance on screen and film. The first film she produced, The Art of Defining Me in 2013, gained national and international acclaim and won several awards in the independent film/dance on screen circuit.

The constantly growing world of contemporary South Asian Dance is developing as an integral part of the international dance world and Seeta Patel aims to be a part of producing high quality and thought provoking work. 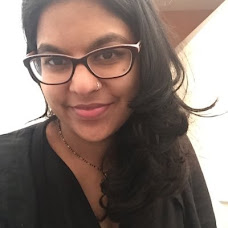 Based in London, Sharmila is a screenwriter, playwright and prose writer: Her work is often a transgressive meditation on love, sex and an exploration of the diasporic experience. She is particularly interested in the intersection of sex, power and gender.

She has had two short films produced and written two features: Most recently, her short film Oysters – an exploration of desire in the face of grief – was commissioned by Film London (2016) and her feature Mother Land – is currently being developed by Cinestan International and has been long-listed for the Sundance Writers’ Lab.

Her plays include: The Husbands (an exploration of polyandry and matriarchy in India) which toured nationally and completed its run at London’s Soho theatre (Kali and Pentabus Theatre), Born Again/Purnajanam (Southwark Playhouse (exploring class, religion and female power), Kali Theatre, Jan 2012) and well as 10 Women (body image and women with Bethan Dear, Avignon Festival, France, 2014)).

Shortlisted for the Asian New Writer award (2009 and 2012), Sharmila’s short stories have been published widely in print and online. She is also currently working on her novel Seven Mirrors.

Sharmila also has a degree in pharmacy and a PhD in clinical pharmacology from University College London.

Lydia, also known as Prinx Lydia, an artist, designer and maker, living and working in London for over a decade. Her early days were spent making for various companies, with a focus on dance: Ballet Black, Richard Alston and Candoco, and, currently, they are working exclusively as a designer and designer/maker for private clients and productions, recently with: Arcola Theatre,  Gandini’s Sigma and The Place.

A figurehead in London’s Queer community, Prinx Lydia is also a rising star in the Queer Fashion movement and creates looks for the daytime, appearances and performance. You can find their daily fashion inspiration at @DressedQueer on Instagram or under #QOOTD.

Following an MA in Theatre Design at the Bristol Old Vic Theatre School, Chris received the 2009 Jocelyn Herbert Award and was a 2009 Linbury Prize finalist. Since then he has designed and made for live performance both in the UK and abroad but has also given artistic direction to both still and moving image.

He is currently based in Bristol, UK.

Barnaby is an award winning choreographer and lighting designer working in the UK and internationally. A graduate of the Northern School of Contemporary Dance and the Salzburg Experimental Academy of Dance (SEAD), his energetic and thoughtful solo We Do This. We Don't Talk in 2017 won him a number of prizes at the Stuttgart International Solo Festival, and at the Gdanski festival tanca in Poland, whilst his other independent work continues to be performed across Europe to critical and audience acclaim. This year he will be making new work with professional companies Los Little Guys (US/Mexico), TRAK dance ensemble (Austria) and Dantzaz Dance Company (Spain). He has had roles acting as choreographic assistant to Mala Kline and Eleanor Valerie Lachky and as movement director for Headlock Theatre Company. He's directed music videos and performances (Fwar), youth companies, undergraduate companies (Third Row Dance - University of Roehampton) and Postgraduate companies (Bodhi Project - SEAD). His lighting credits include work for DeNada Dance Theatre, Northern Ballet,Unholy Mess Theatre Company, Feet Off the Ground Dance, Utopia Theatre Company and dance artists Sita Ostheimer, Ieva Kuniskis, Tora Hed, Mala Kline and Lewys Holt. Combining his skills in lighting design and dynamic movement composition, Barnaby creates theatrical worlds with which he can explore themes of human social interaction, personality and psychology, celebrating the miraculous power of imagination and storytelling in an unorthodox form. 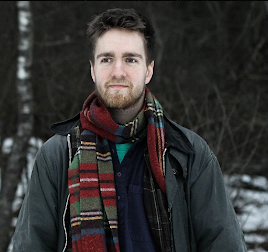 Dagmara Giezystor for her design and dramaturgical contribution to the first and second stage developments.

Kyra began her professional career in radio before returning to university to complete a degree in Professional Writing and Communication at the University of South Australia. As she was graduating she worked with the Adelaide Festival, Adelaide Festival Centre and a diverse range of clients through her publicity company. She joined Australian Dance Theatre as Marketing Manager in 2003. In 2005 her role within the company broadened to include tour co-ordinating during international and national tours. She has worked in France, the U.K., U.S. and throughout regional Australia.

After 8 years at ADT Kyra to become the Marketing & Development Manager of Country Arts SA. She is part of the team that works throughout regional South Australia to support the successful development of art, artists and regional communities.

Kyra continues to work with a number of dance artists who are passionate about societal progress, environmental sustainability and the integration of narrative and science in to their work. 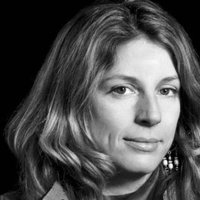